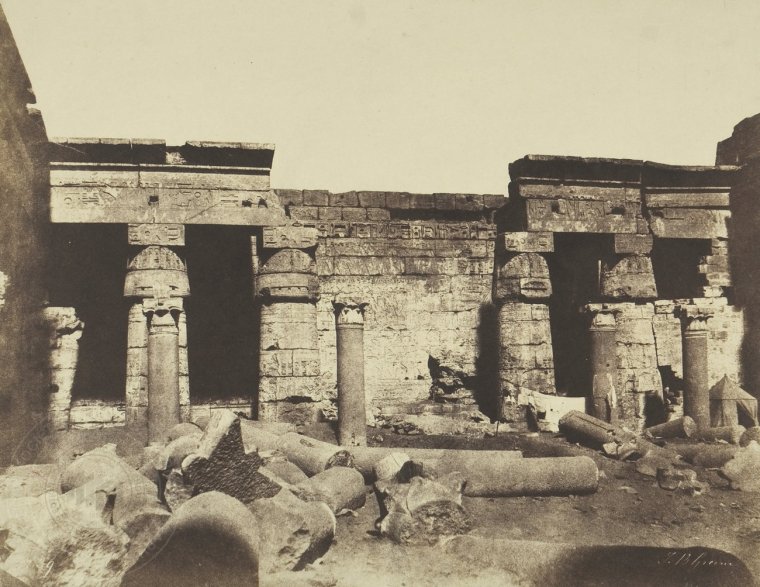 "Signs and Wonders : The Photographs of John Beasley Greene"

When the young archaeologist-photographer John Beasley Greene (American, born France, 1832–1856) set out for Egypt in 1853, the fields of both archaeology and photography were still in formation. Their development was bound up with the intense competition between Britain and France to impose colonial rule and open trade markets in northern Africa, as well as the parallel intellectual rivalry to acquire and systematize knowledge of ancient Egyptian culture. Greene was one of the first to use photography in the pursuit of archaeology, meticulously recording the carved hieroglyphics covering the ancient Egyptian monuments.

In the course of his efforts, the photographer made a number of visual choices that appear strikingly modern to us today: in both the spareness of his landscapes and the tightly cropped details and high-contrast textures of his documentation of archaeological sites in Egypt (and subsequently Algeria). Greene died at 24, leaving behind few written records that might help explain his own attitudes and intentions. Instead, he left hundreds of pictures that demonstrate a young photographer’s prescient grasp of the possibilities of the new medium and invite us to consider the complex relationship between photography, colonialism, and modernism.